Kour Pour (b.1987, UK)explores visual aesthetics produced through cultural exchange. His paintings question notions of originality and shifting relationships between appearance and identity. He is best known for paintings based on Persian carpets, featuring Portuguese sailors trailing the Silk Road, Chinese dragons and flying horses, Indian warriors and Buddha-like figures, floral patterns reminiscent of William Morris and the Arts and Crafts movement. For each work, the image of a specific rug is silkscreened onto a canvas that has been primed with several layers of tinted gesso. Pour's use of silkscreen further removes his paintings from the rugs they reference: from the tangible work of laborious weavers, they are turned into flat images. Yet, Pour's paintings are anything but flat. The gesso he uses as primer is applied onto the canvas in horizontal and vertical strokes with a broom stick, to recreate the warp and weft of woven rugs. Once the canvas has been silkscreened, the details of each composition are carefully hand painted in a palette of neon hues that bring to mind the de rigoeur gear on the beaches of Los Angeles, where he lives and works. After months of priming, silkscreening and painting, Pour uses a circular sander to erase areas of the paintings. He then returns to them in order to repaint what has been lost, wherever possible. In the resulting paintings, he has obliterated parts of the narrative while highlighting others, as if editing the history he has endeavored to tell. 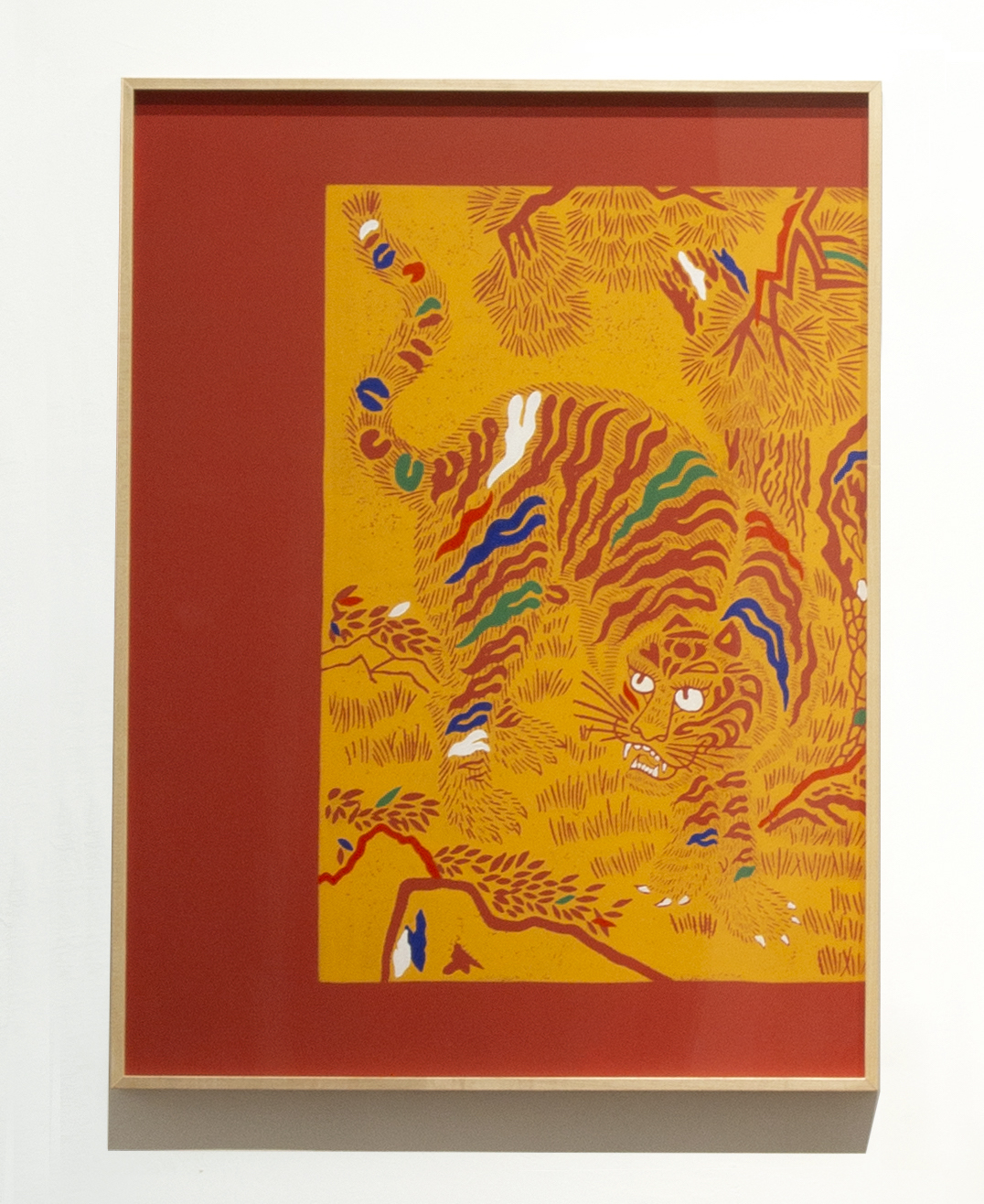 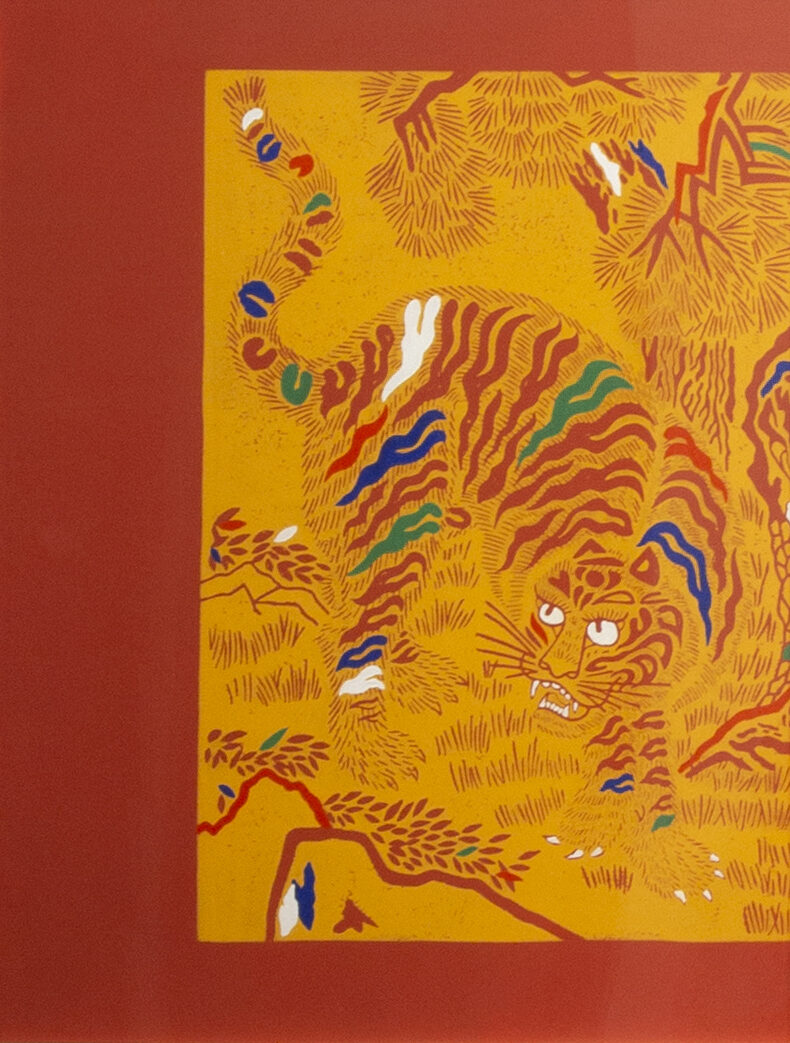 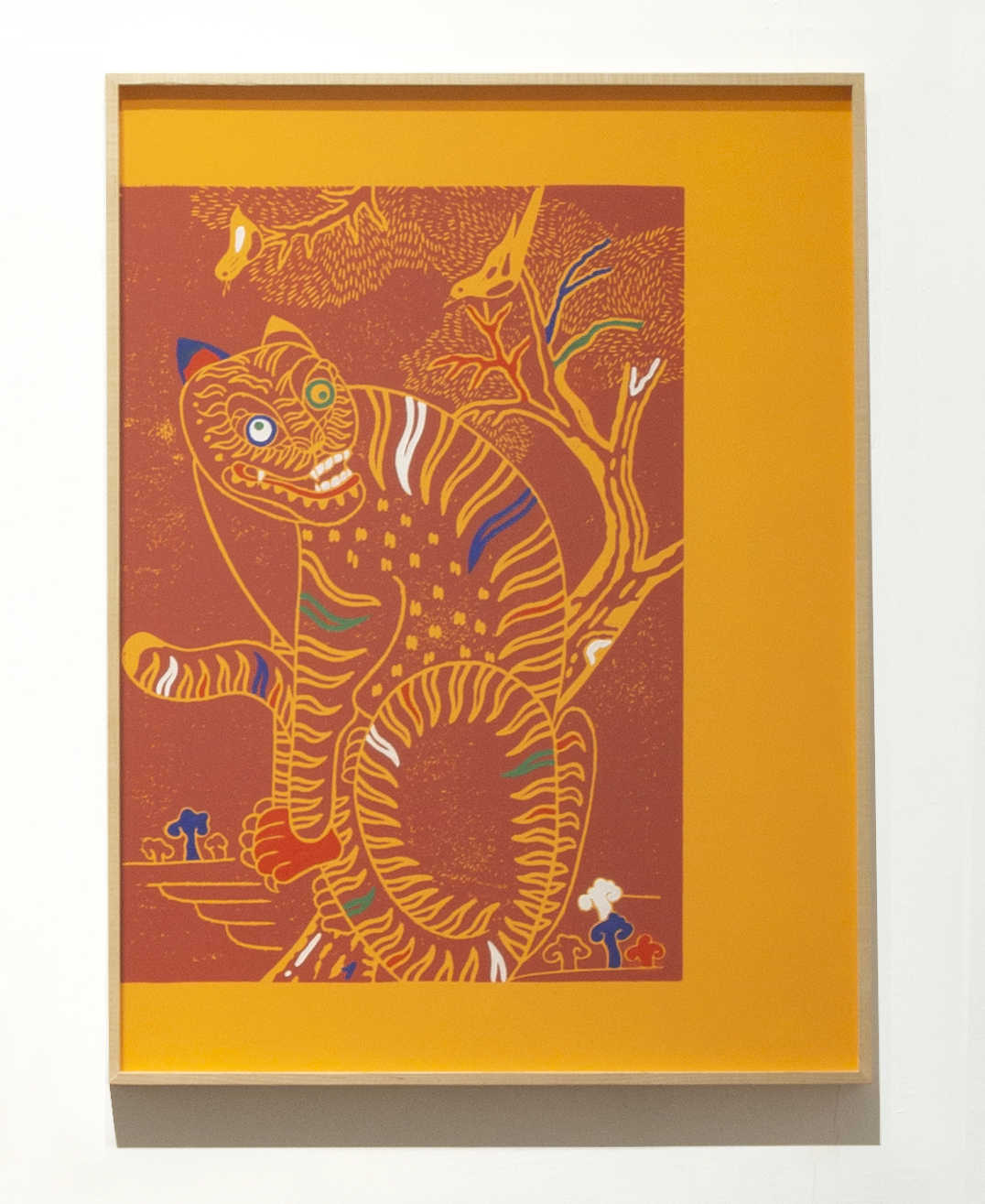 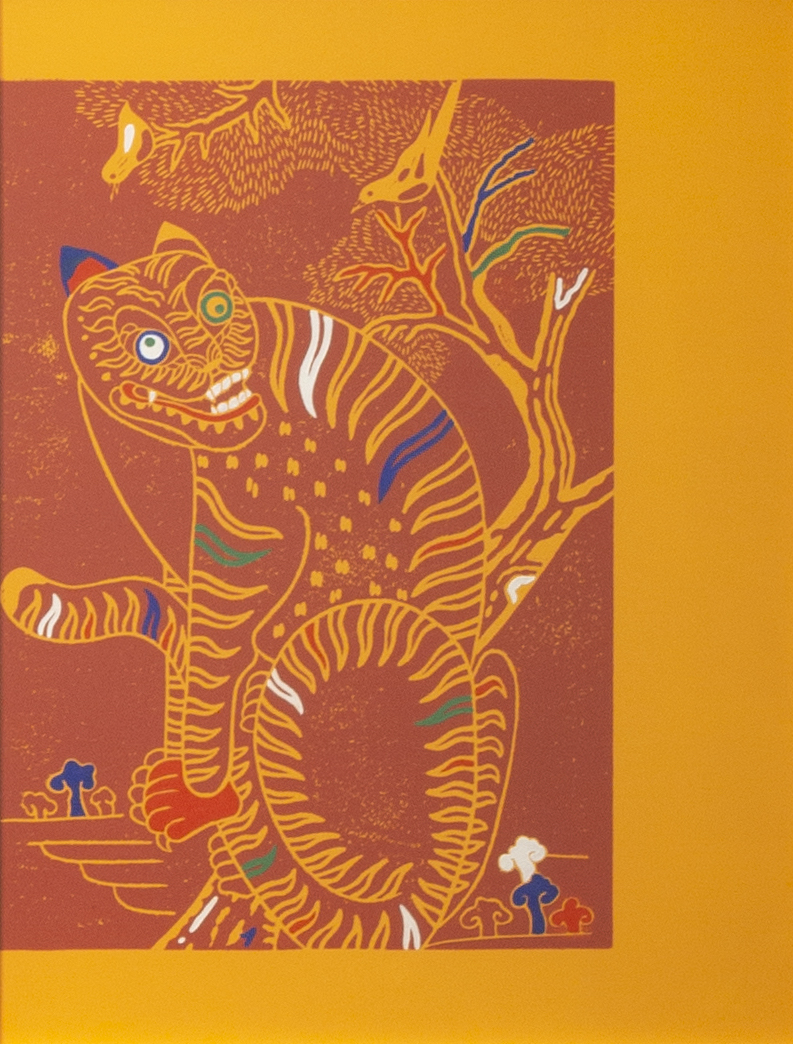