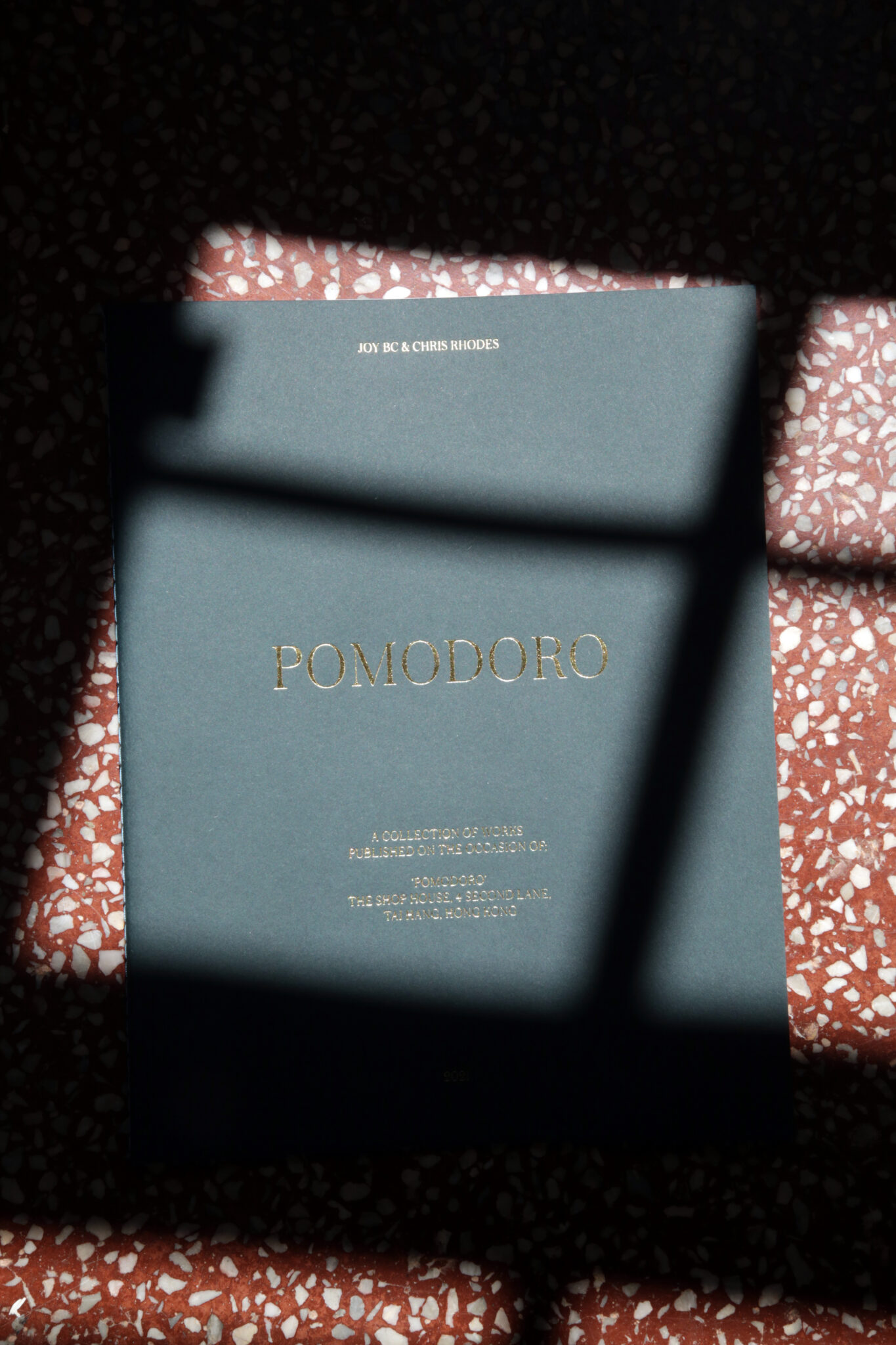 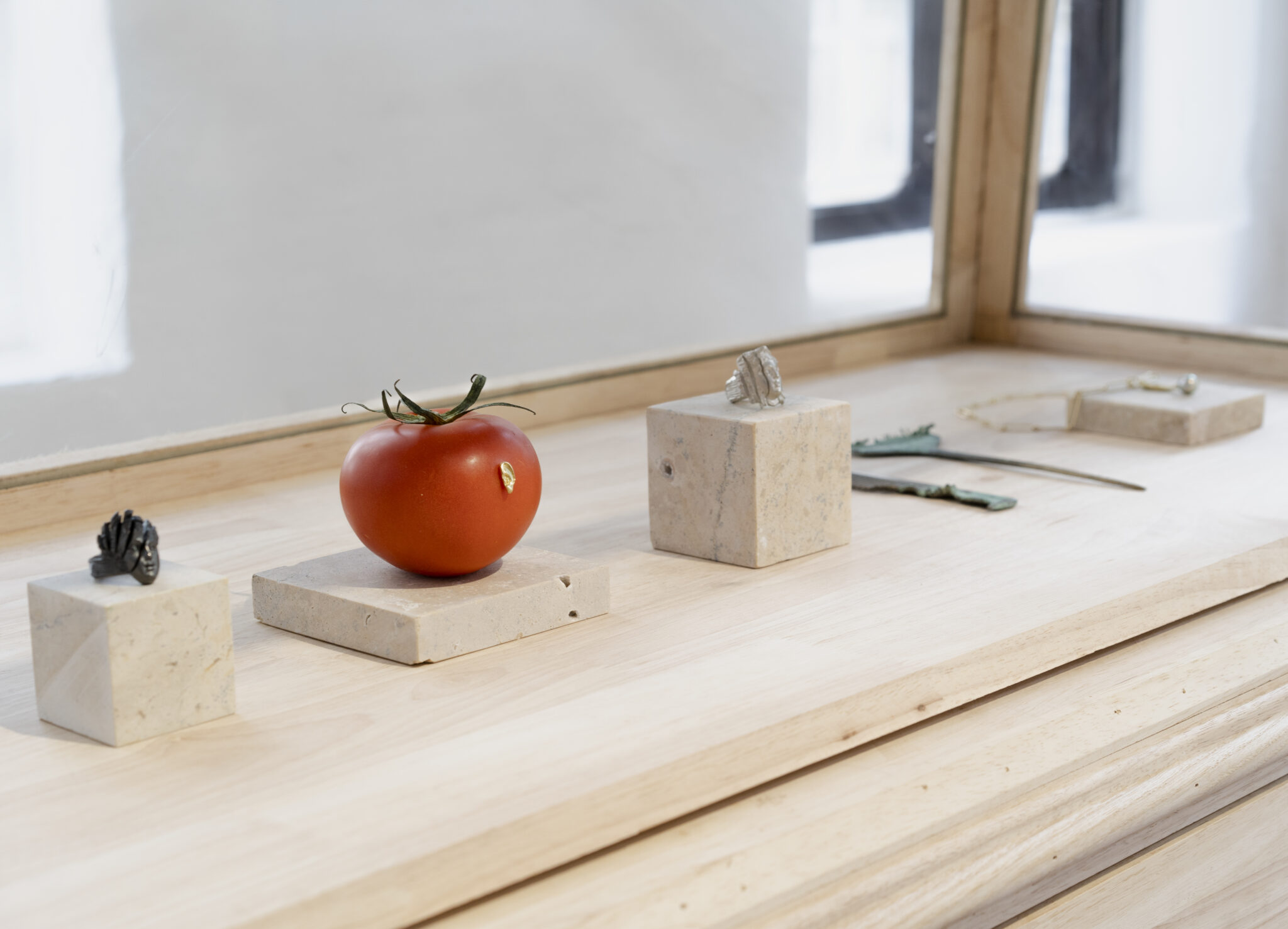 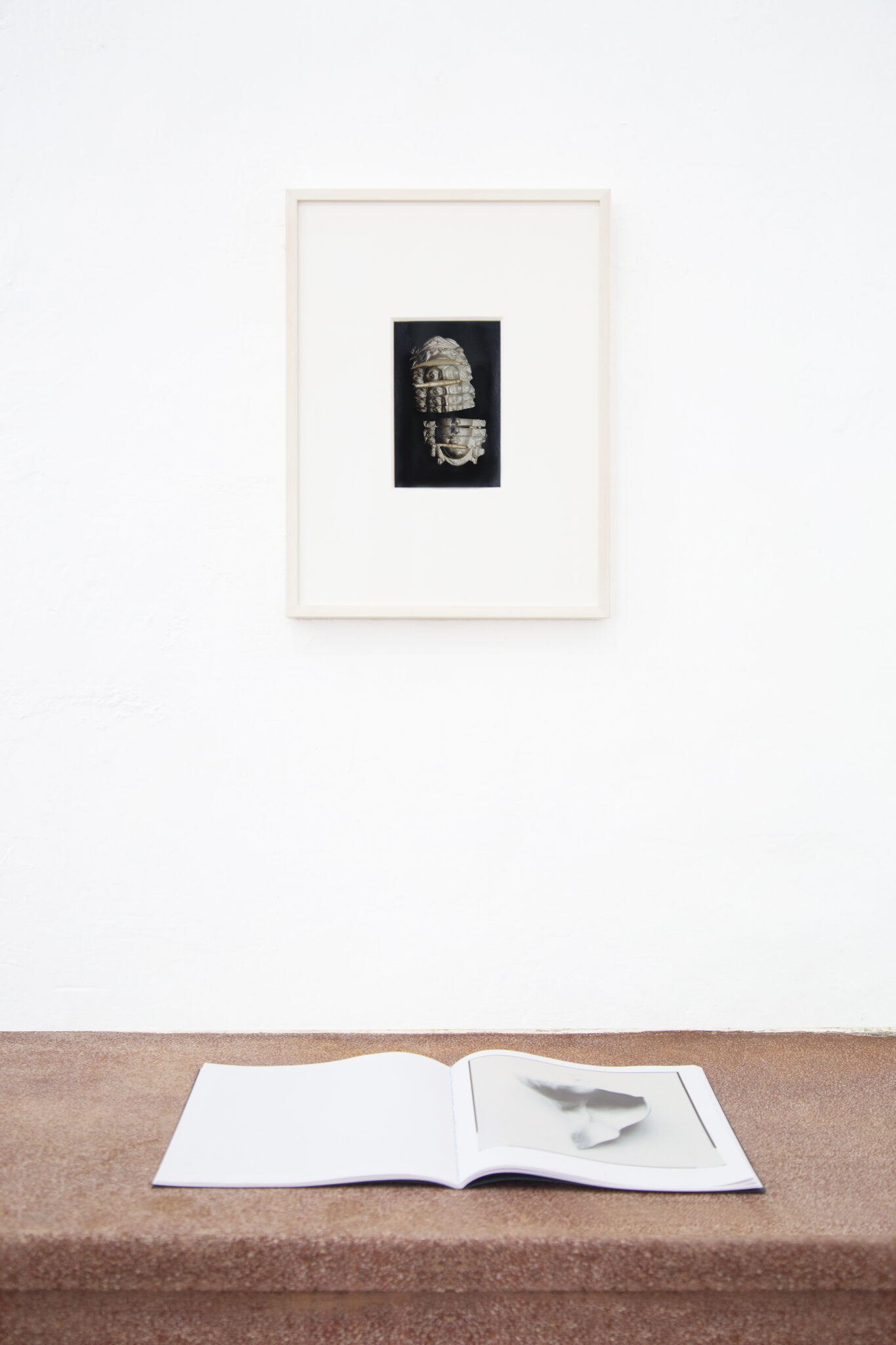 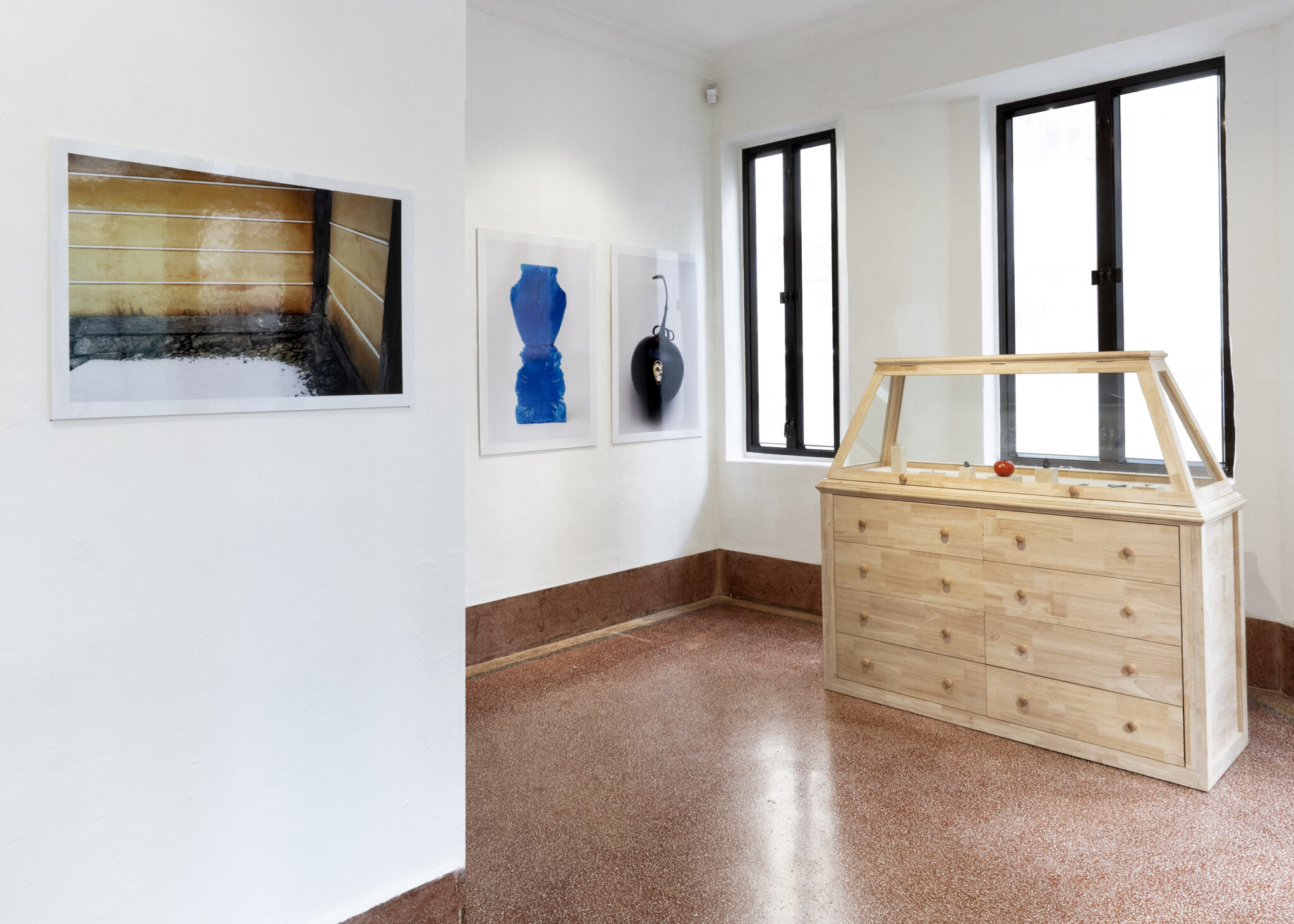 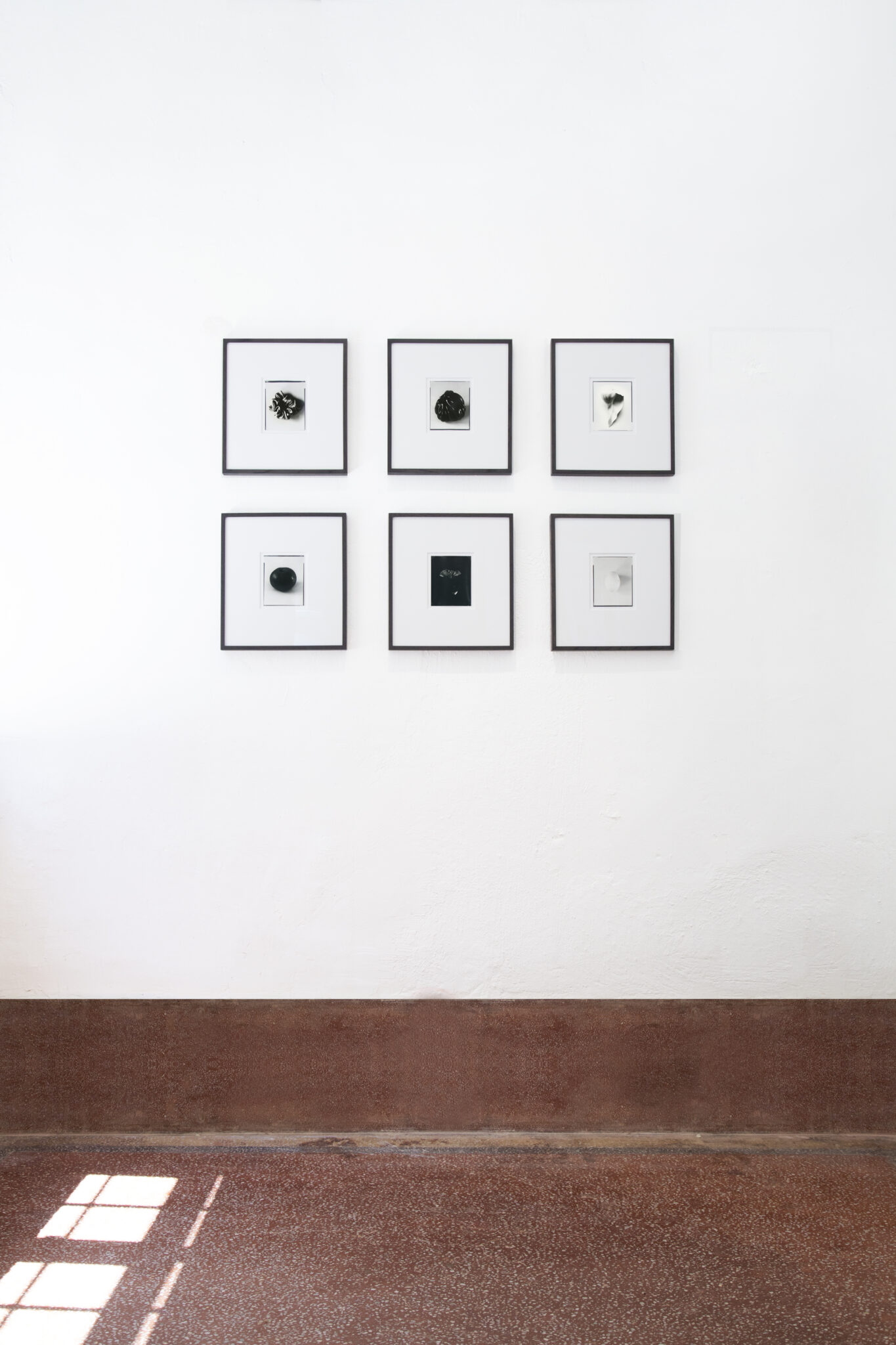 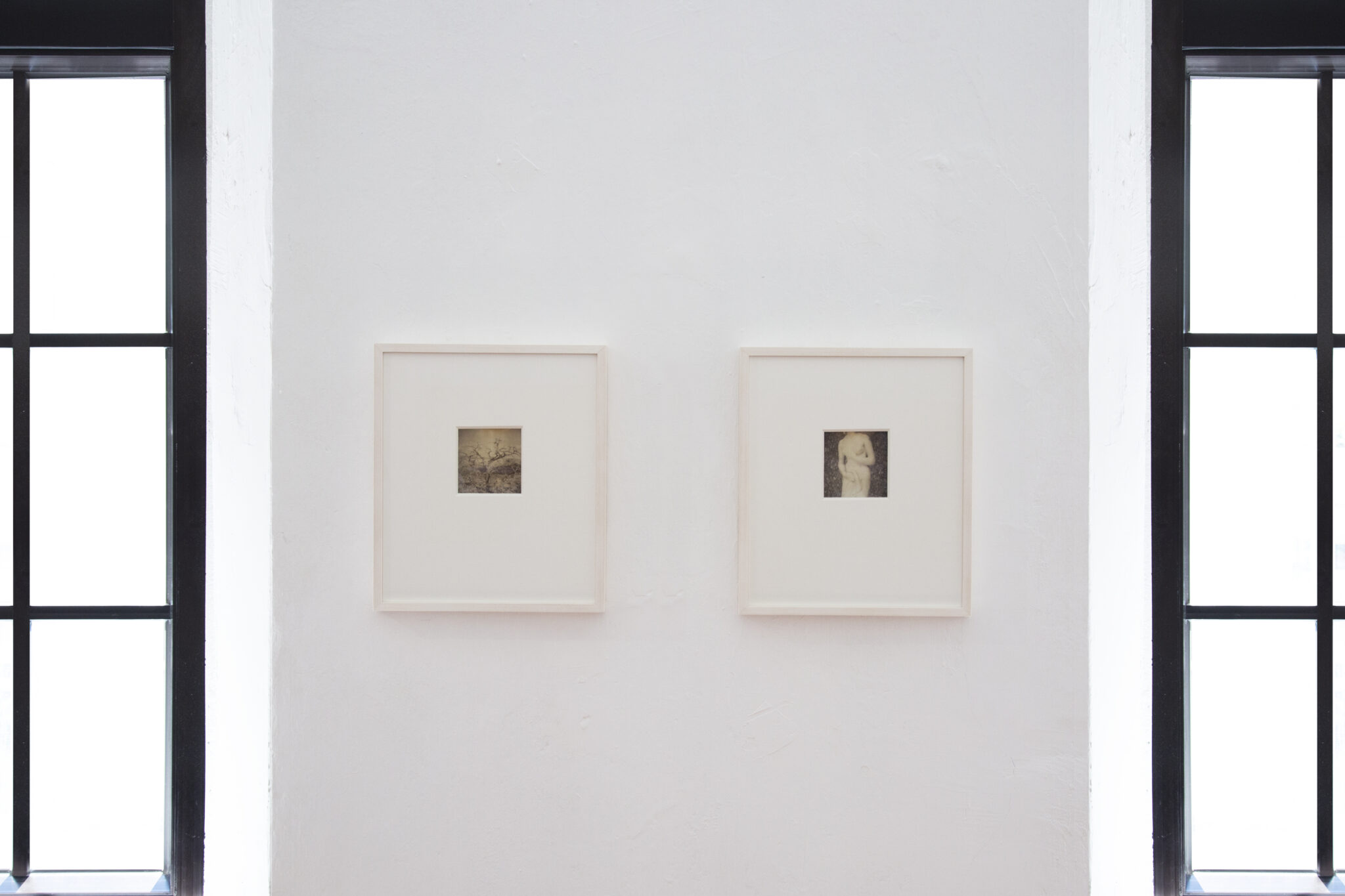 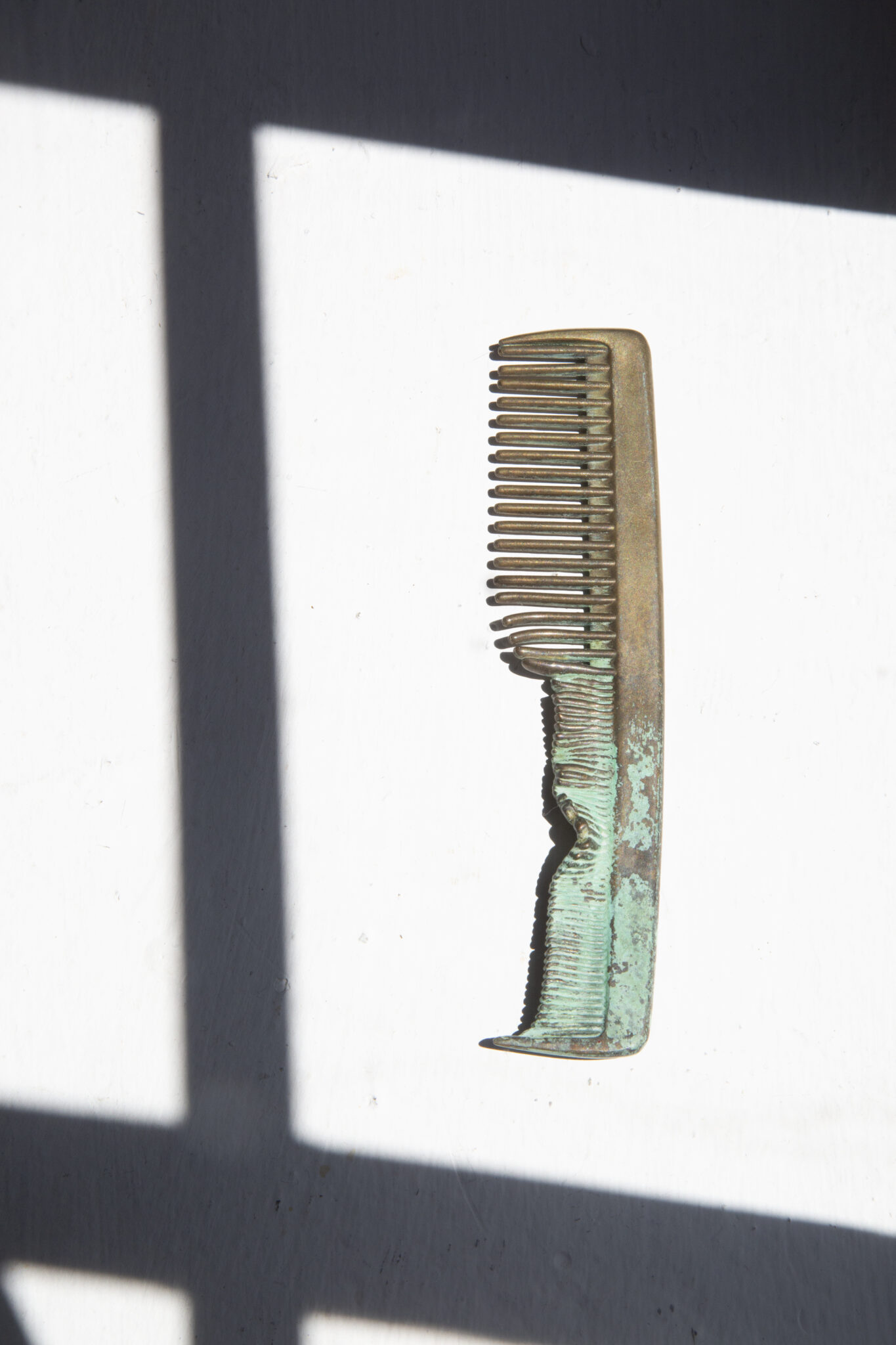 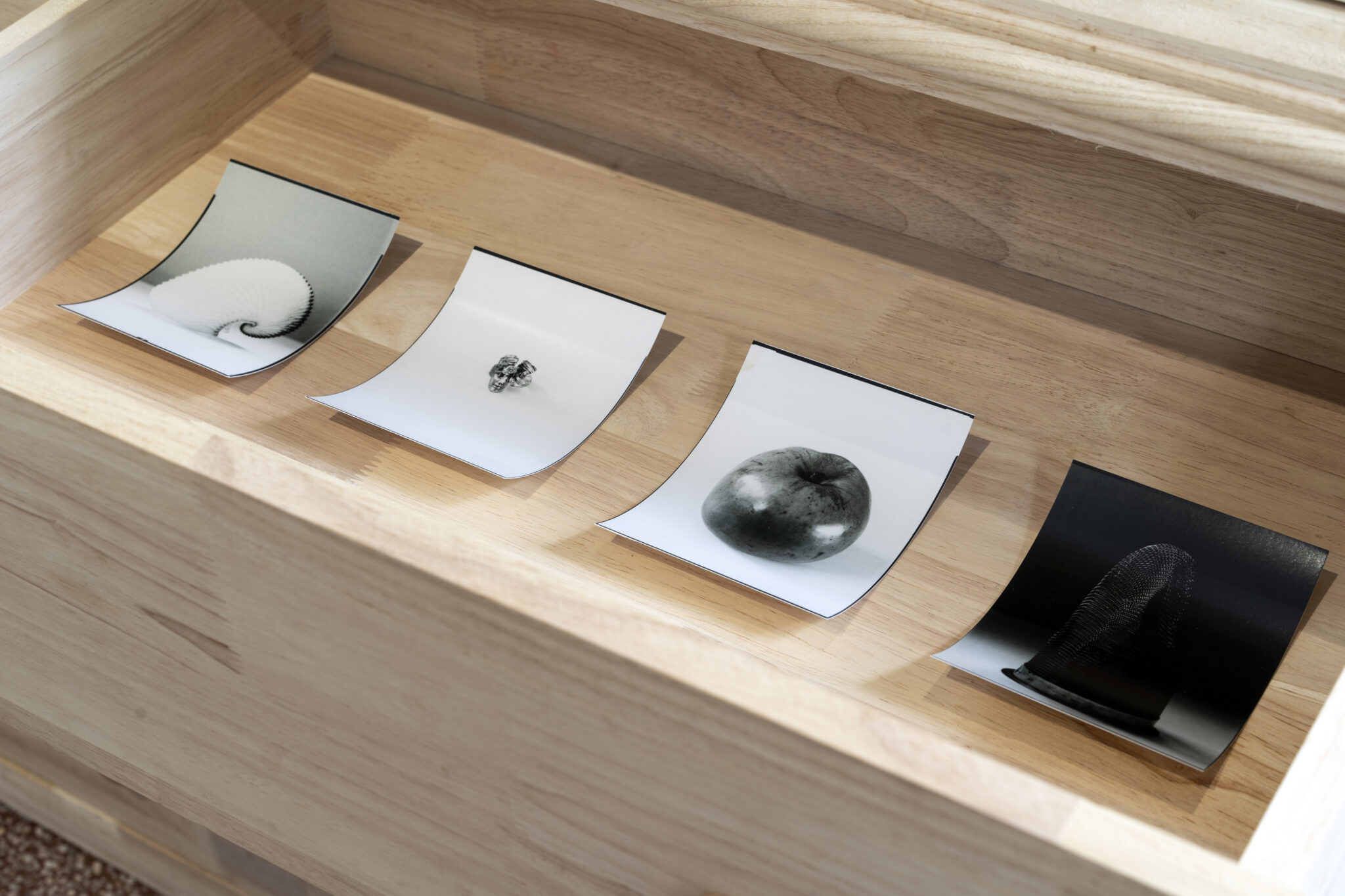 This joint exhibition tells a story of collaboration in the time of COVID-19; not only do Joy and Chris’s solo pieces sit side by side, enriching viewers’ reflections, they collide in the body of work produced by the artists together. After bring in contact for three years, discussing their artistic practice and the possibility of collaborating, Joy and Chris finally embarked on this collaboration in March 2020. In a slightly clandestine manner, Joy’s pieces found their way into Chris’s home, and subjected to his lens. Recruiting the most ‘mundane’ objects in his reach, juxtaposing them with Joy’s exquisite creations, Chris ended up discovering the kind of natural light he’d often sought to create was in his office all along. The result is Joy’s jewels represented in playful yet poignant still lifes which simultaneously mimic and mirror the genre.

In the same way that Joy’s pieces invited Chris to see his home and space differently, Chris’s photographs invited Joy to reflect further on her own works and the collaboration.
A tomato, for instance, may seem mundane in 2021 but just 500 years ago they were displayed as curiosities from the Americans. An onion may feel like a basic shopping list item, barely an ingredient, but in a still life photograph it echoes the form and sheen of the pearl earring it wears, which is normally tiny gold ear to be worn on one’s ear. In this way, the body of work, rather than pitting precious and mundane against one another, blends them harmoniously and cheekily.

Joy BC is a London-based artist goldsmith, currently working from her Bloomsbury studio. She works predominantly with noble metal and other precious materials, creating socially-engaged wearable artworks and objets d’art which explore the history of material and form, ancient mythologies and contemporary issues relating to feminism, identities, and class. Joy handcrafts every single one of her pieces, with laborious processes forming an important part of her practice. Her pieces involve years of research, and can take years to make.

Chris Rhodes is a London-based photographer. He shoots organically and spontaneously, often in natural light using found objects. His photographs eschew the desire for over complication and technical perfection, seeking to find beauty in mundanity. Chris works with analogue cameras on film, using long exposures and hand-developing the photos himself. He developed some of the photographs in the exhibition at home, in his bathtub, during COVID-19 lockdowns; they are thus one of a kind.