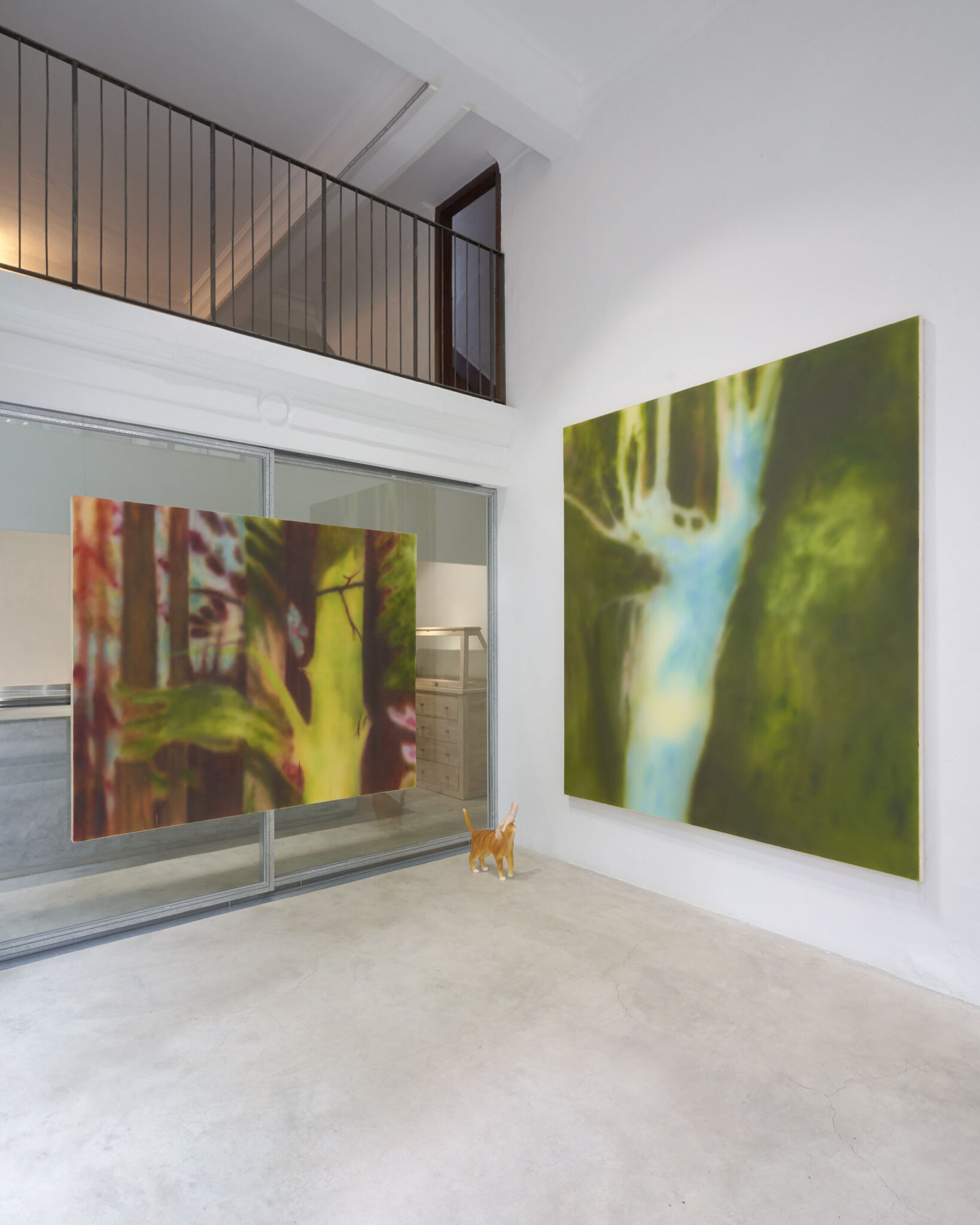 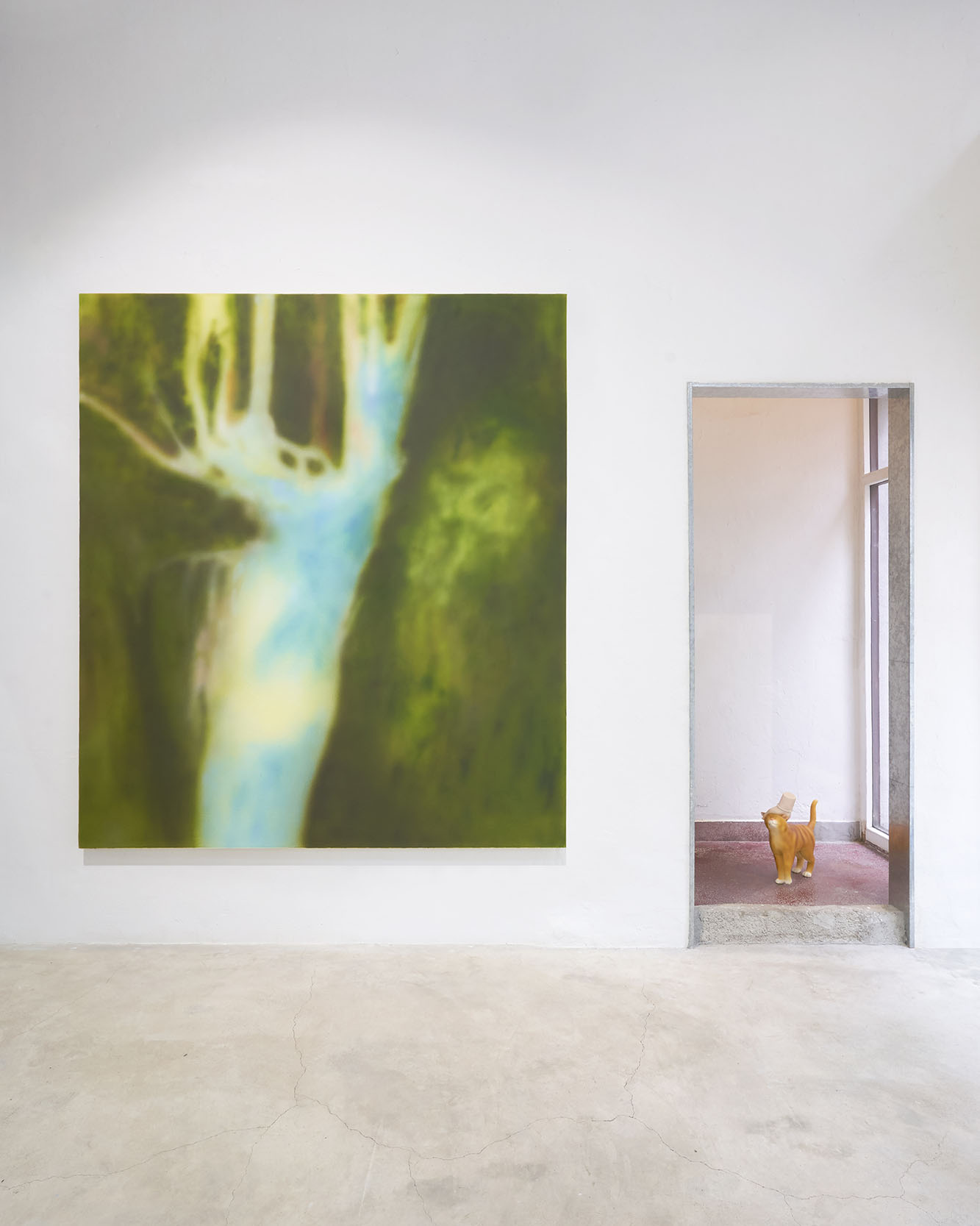 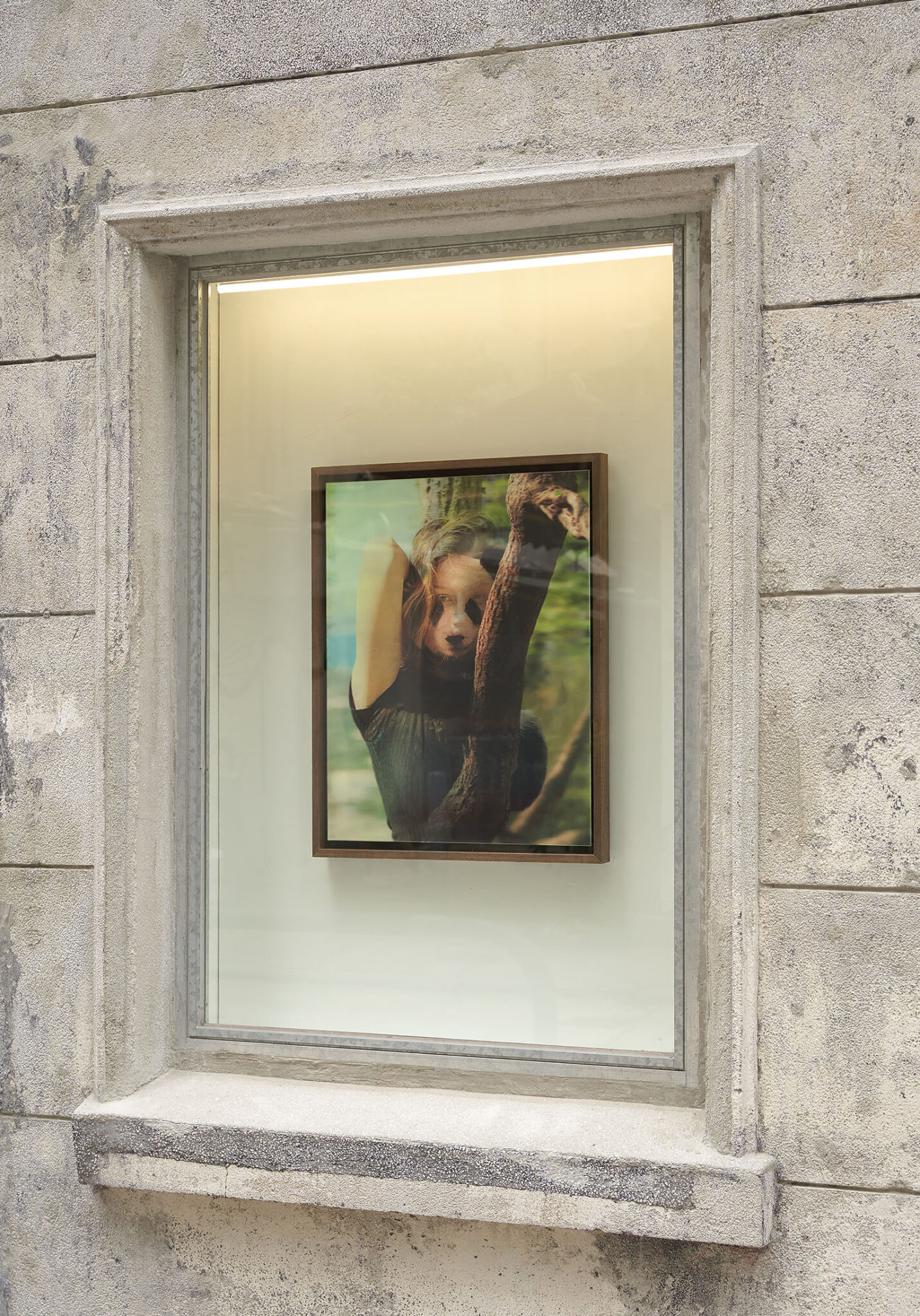 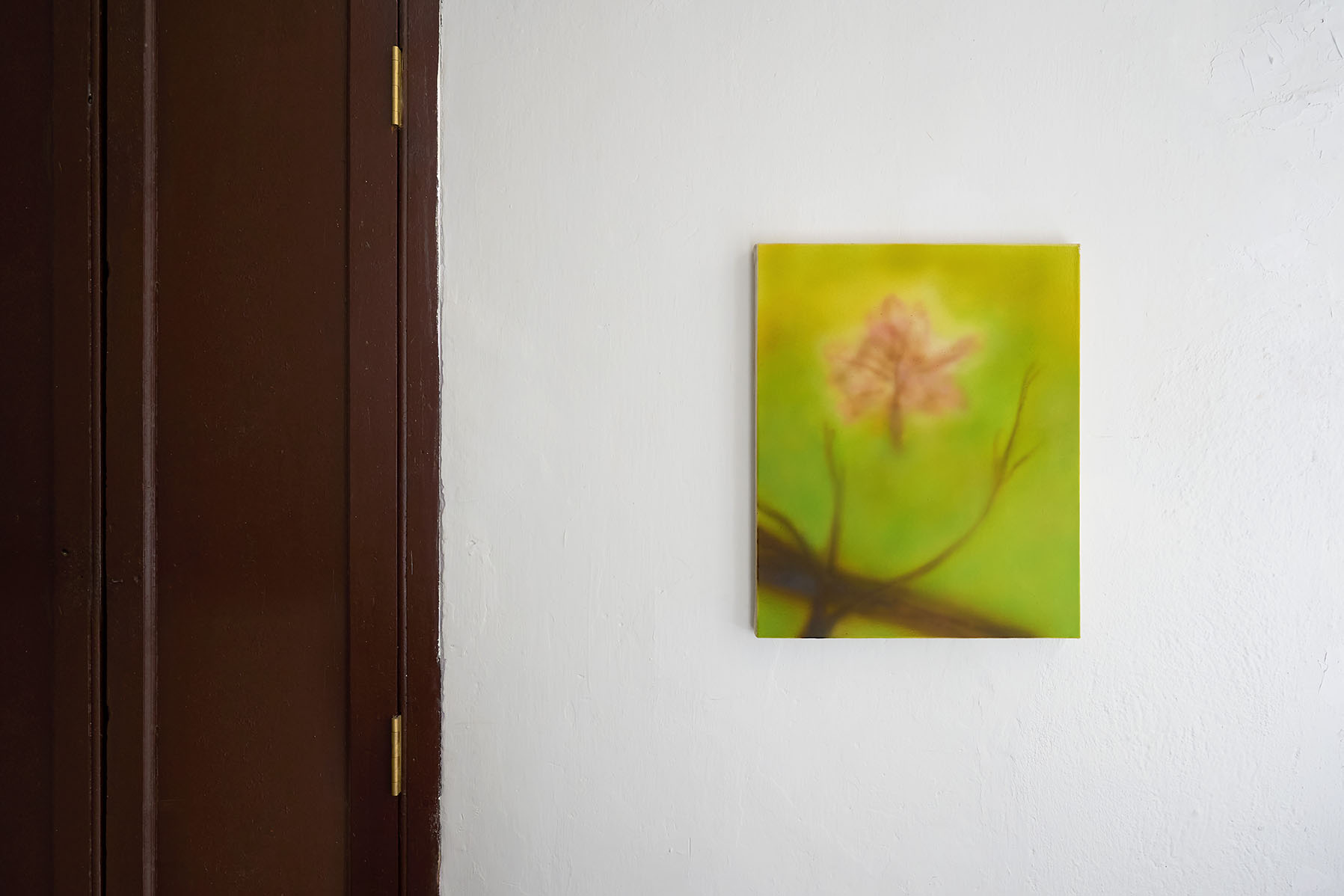 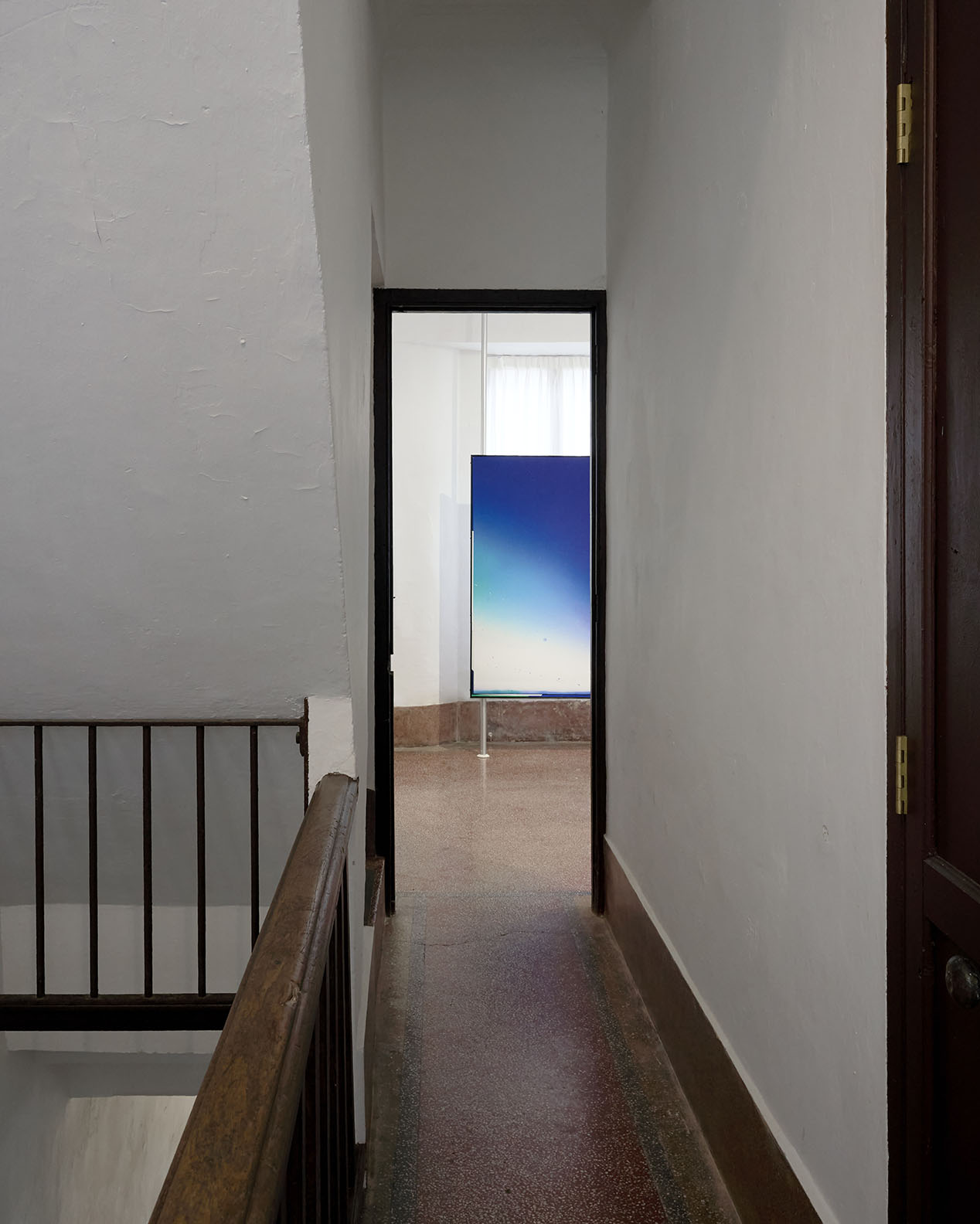 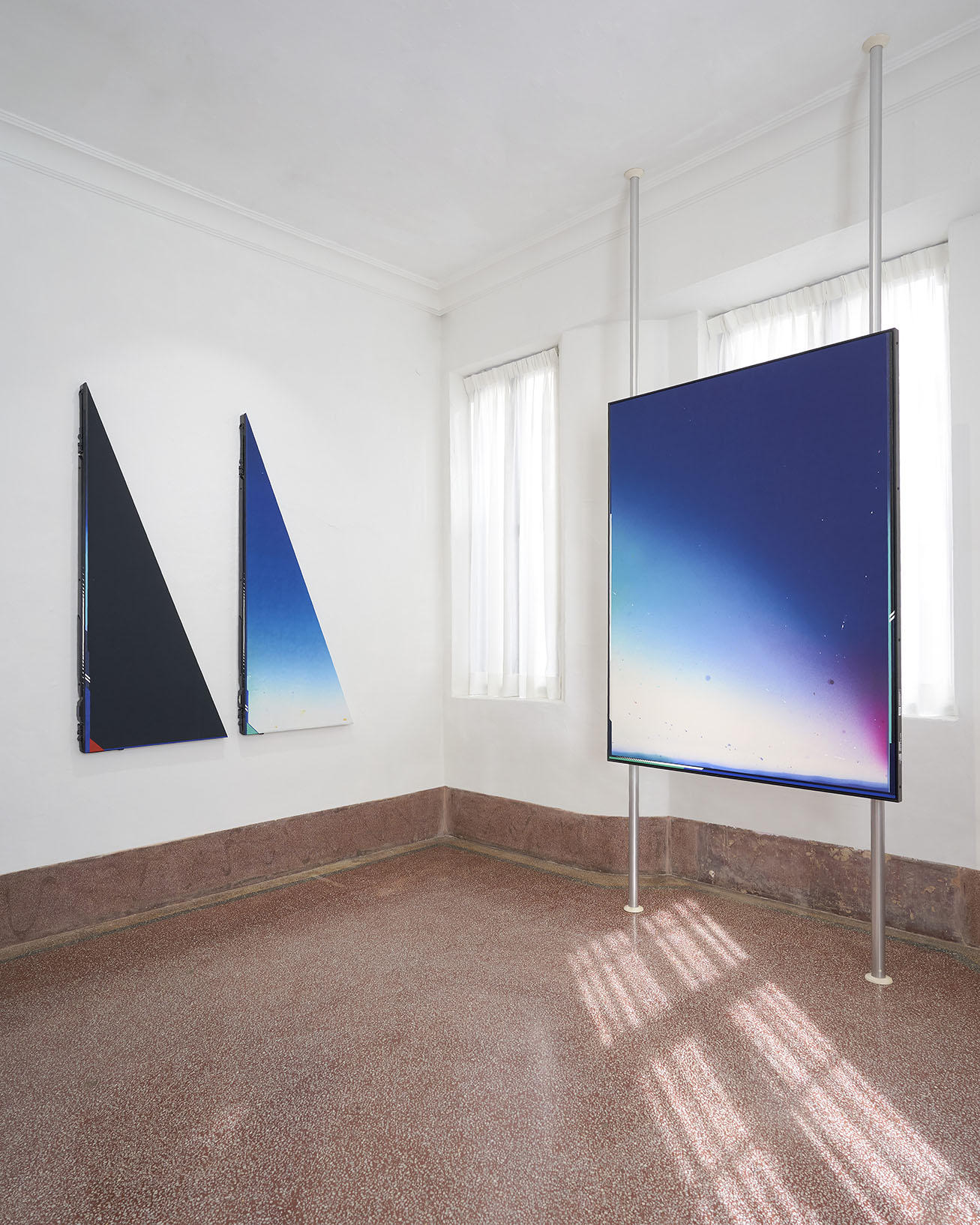 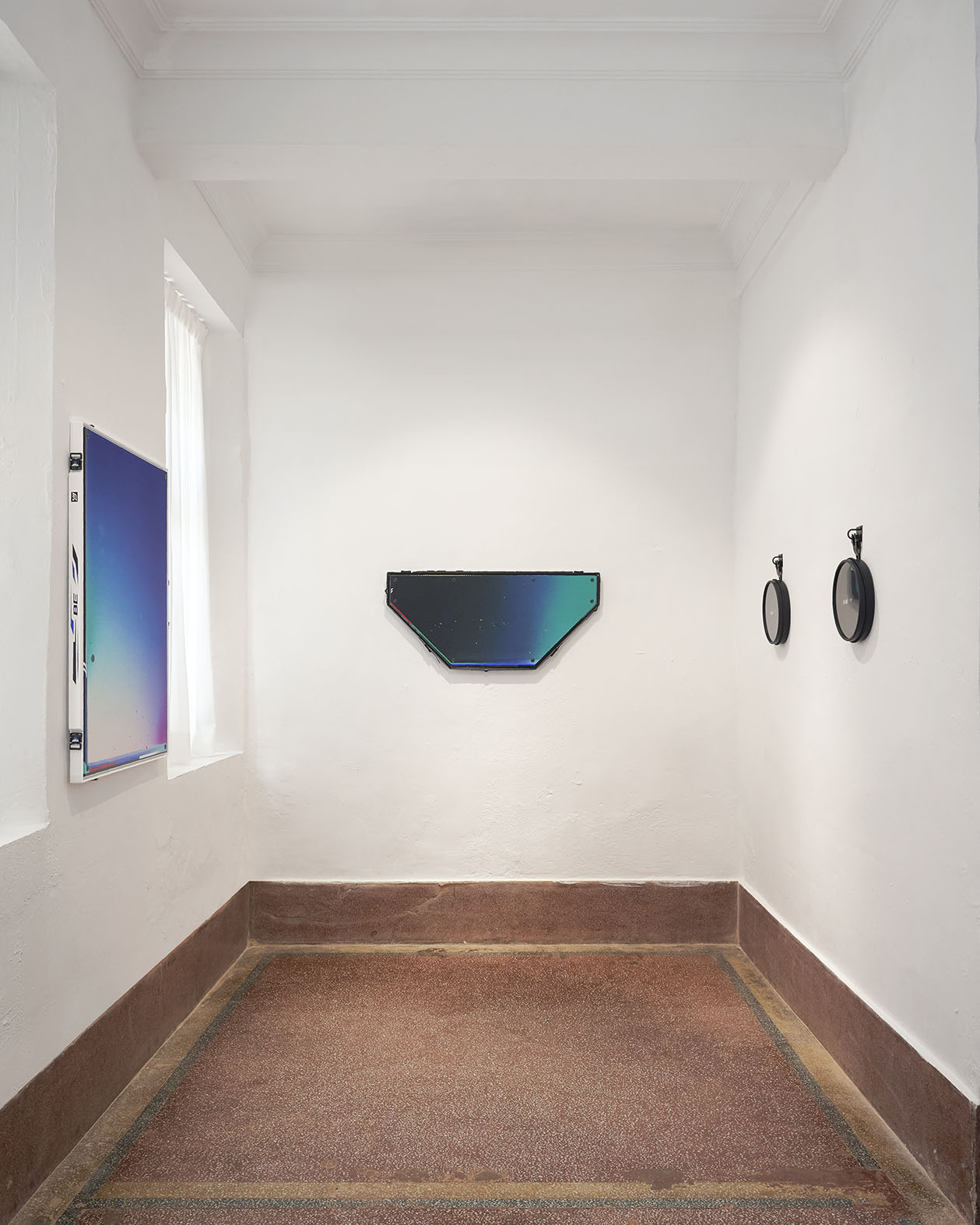 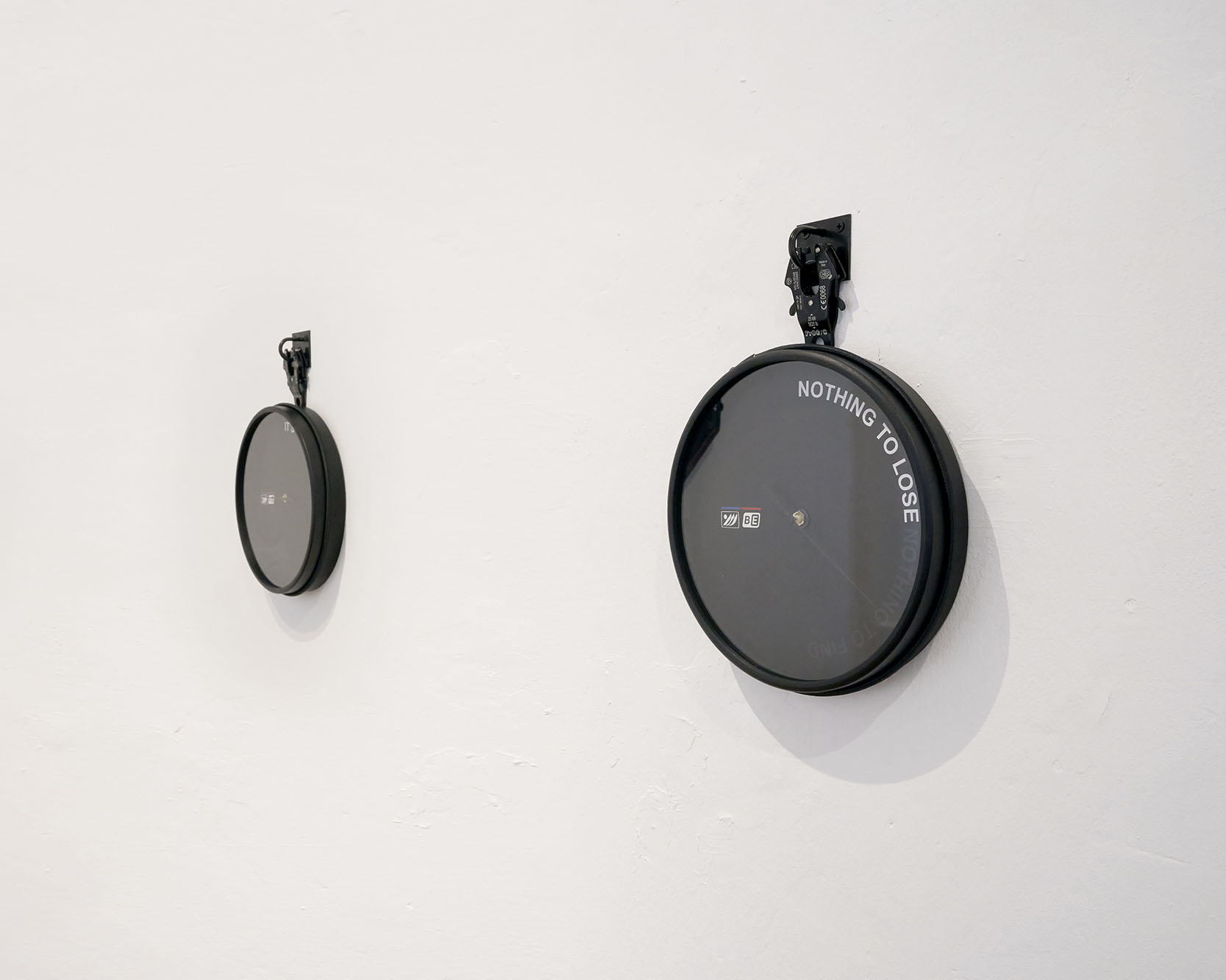 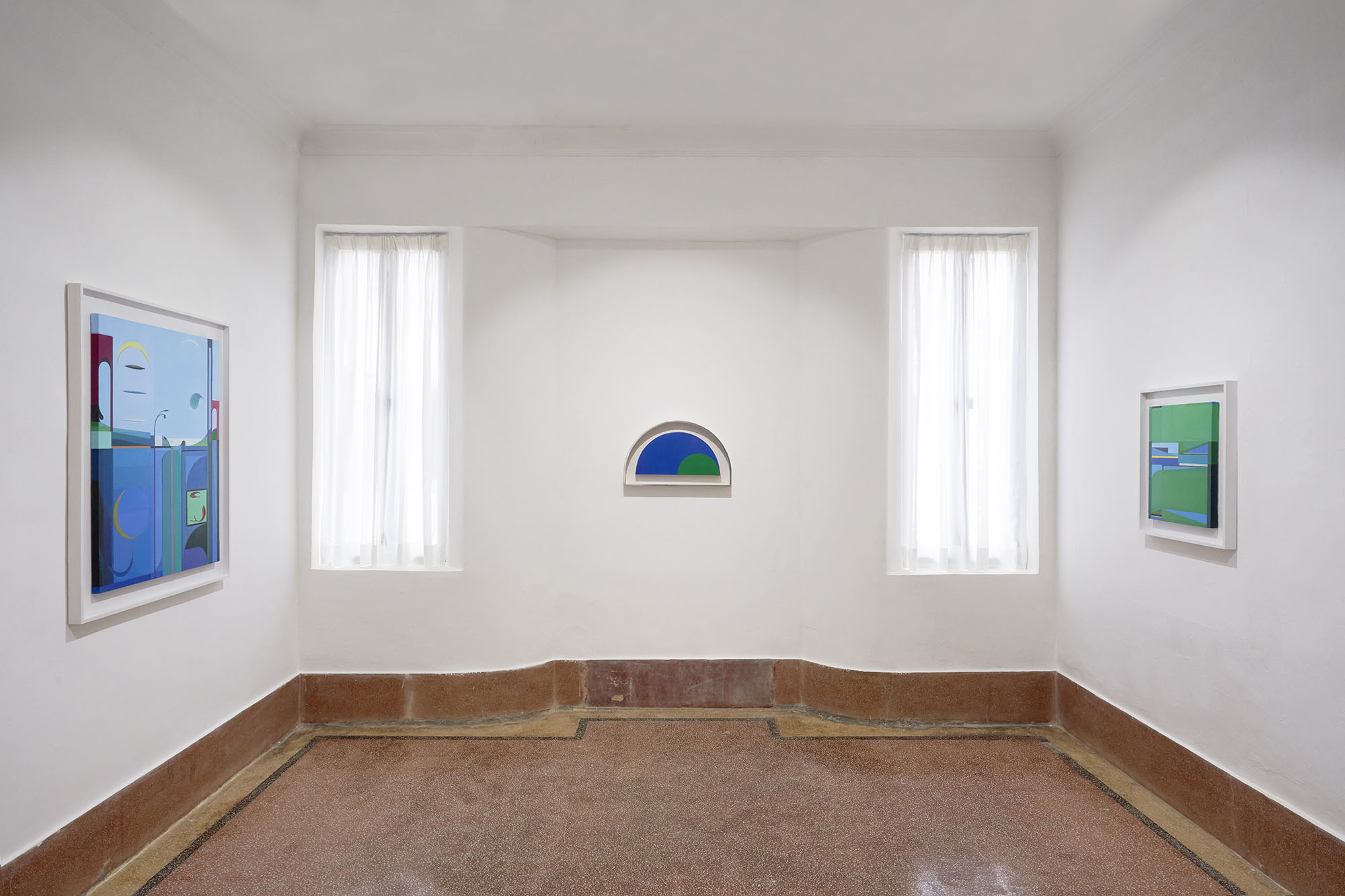 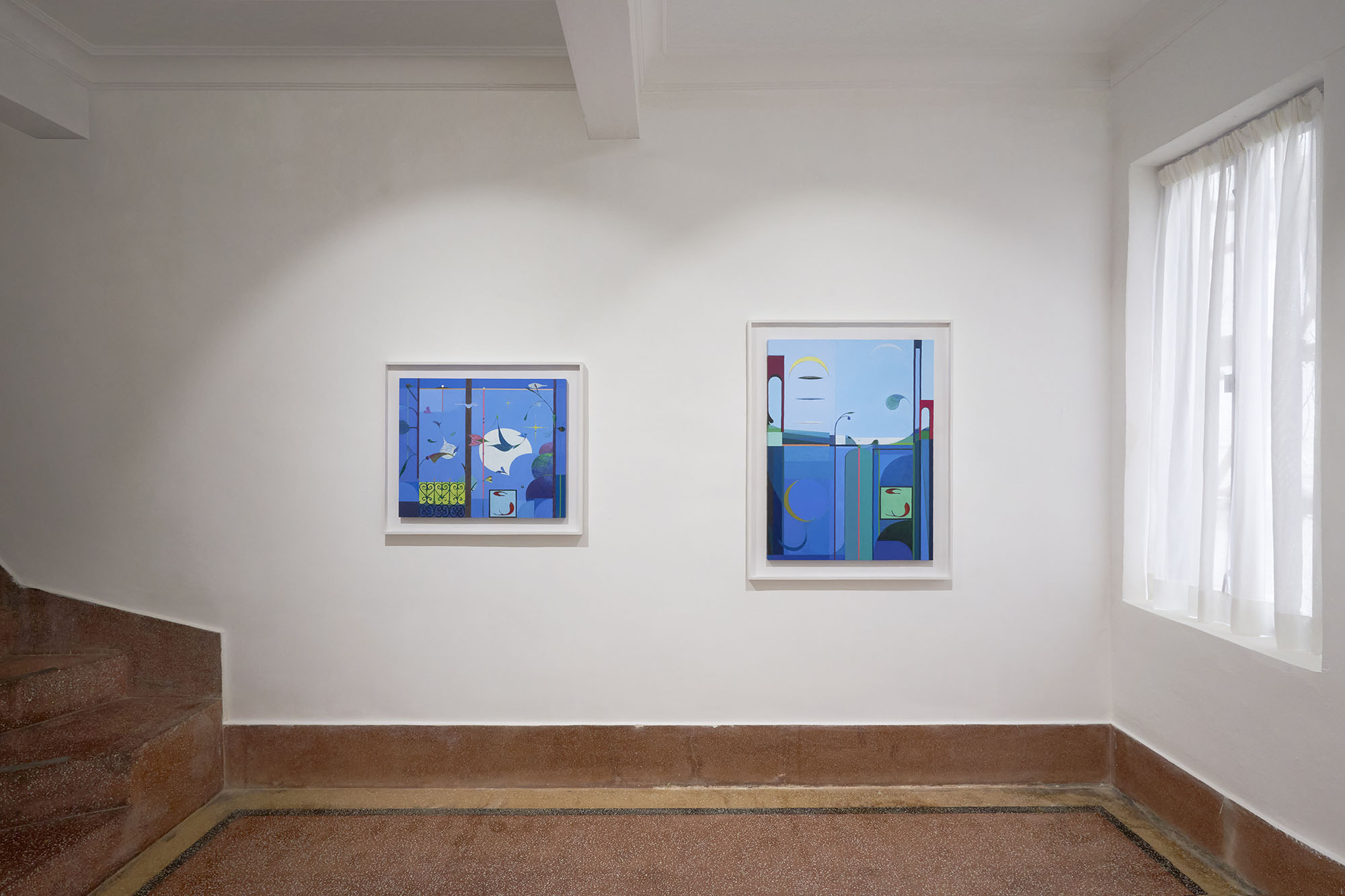 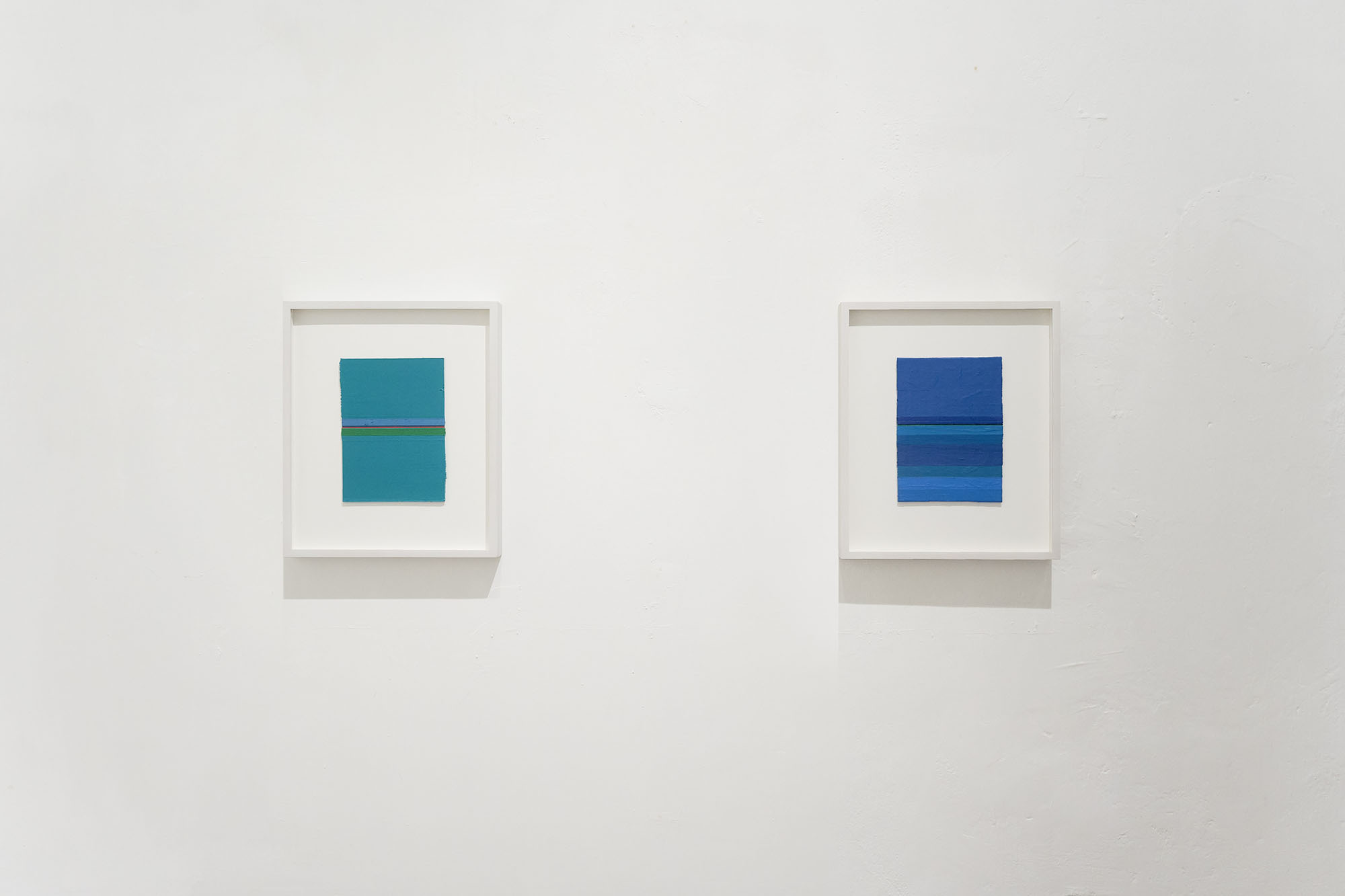 THE SHOPHOUSE is pleased to present “GRUE”, a trio exhibition featuring Ben Edmunds, Minku Kim and Yves Scherer. The exhibition consists of three artists’ new works, challenging viewers’ concept of colour and the world around us.

Colour is not only defined by the visual aspects of perception but is also intertwined with language, culture and meaning.

In ancient Japanese culture, colours were defined by four adjectives akai (red), kuroi (black), shiroi (white), and aoi (blue), referring to energy (red), darkness (black), brilliance (white), and obscurity (blue). These broad terms encapsulate colours not only as a visual phenomenon, but a perceptual phenomenon with context and meaning. For example, the colours blue and green were perceived together emotionally as aoi which is used to describe the colour blue and the sense of obscurity. Similarly, in Classical Chinese, the word qīng (青), straddles between both blue and green, is associated with freshness, clarity, and excellence.

Through centuries of evolution, our perception and experience of colour is shaped by our cultures. In 1969, American anthropologists Brent Berlin and Paul Kay proposed the basic colour terms as a reflection of culture and the way we experience the world around us. At the same time, as culture is developed through learning and experiences, where does nuances and anomalies stand in our principles of uniformity?

Grue, a term coined by Nelson Goodman in Fact, Fiction, and Forecast (1955), where it was presented as a paradox and a means of justification through the elimination of induction. While most people perceive “green” as reasonable and “grue” as utterly absurd, it is based on one’s memory, and the world as we know has no absolute validity.